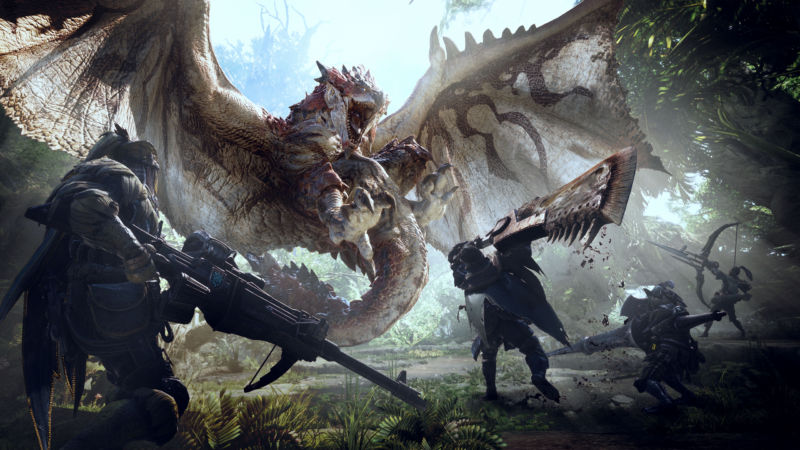 Reddit has been going crazy talking about how a GTX 1080, one of the best GPUs money can buy right now can’t run Monster Hunter World at 60fps, on a 1440P resolution. This is with the settings turned up to the absolute max.

You have a lot of hope hypothetical average PC gamer.

So what’s the magic?

It’s all in the settings. Games nowadays have been stuck at the 1080p resolution for too long. Graphics cards are typically powerful enough to stomp games at 1080p. Developers have added all kinds of graphics and post processing effects to compensate. When you turn the settings to the max you’re turning on all of these, and then complaining when it slows down your game experience. Unfortunately 16x anti-aliasing along with scaled down 4k textures and every blade of grass casting it’s own shadow is going to crush most graphics cards. However all the stuff isn’t necessary. Compare some of your favourite games Medium settings to Maximum, most (not all) look hardly and better at max settings for a 2-3x FPS drop.

Monster Hunter world is a great example of this. On the lowest settings a 750ti can run it, on the highest a 1080 will have a tough time, even at 1080p.

That’s not a bad port if I ever saw one, it’s a good one. Have that versatility is great. It means that it will can still challenge the cards of 2020 even maxed out on 4k. For a game with this level of gameplay depth, that’s a good thing. But if you’re thinking of not buying it because your GPU can’t run it. Compare it to the 750ti. If it’s the same or better, you can play it.

If we had one, a computer strong enough to play this game at our stores might only cost about $450.

P.S, this goes for other games as well. Benchmarks are usually done on “Max” settings which is a terrible example of what is needed to have a good gaming experience.